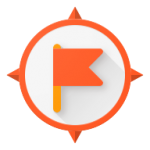 Ysgol Clywedog are now part of a beta program to create their own Google Expeditions virtual reality experiences.

Classes enrolled in what Google calls its “pioneer program” will be able to create their own immersive virtual experiences with a 360-degree camera and the Google app.

The school already use Google Expeditions on mobile devices in virtual reality viewers to give students virtual field trip experiences, from swimming through coral reefs to exploring Machu Picchu, from visiting Antarctica to soaring with the International Space Station.

The project will see students taking 360-degree images, upload it to the Google app, then annotate the panorama by adding 2-dimensional pictures, descriptions, and videos to explain the experience. Their self-made expeditions would be experienced on mobile phones set in virtual-reality viewers.

We look forward to seeing the final expeditions later this term.